East Vancouver (also called "East Van" or the "East Side") is a region within the city of Vancouver, British Columbia, Canada. Geographically, East Vancouver is bordered to the north by Burrard Inlet, to the south by the Fraser River, and to the east by the city of Burnaby. East Vancouver is divided from Vancouver's "West Side" (not to be confused with the "West End" of Downtown Vancouver or with West Vancouver) by Ontario St (although Main Street is used as a metonym as the nearest arterial road). 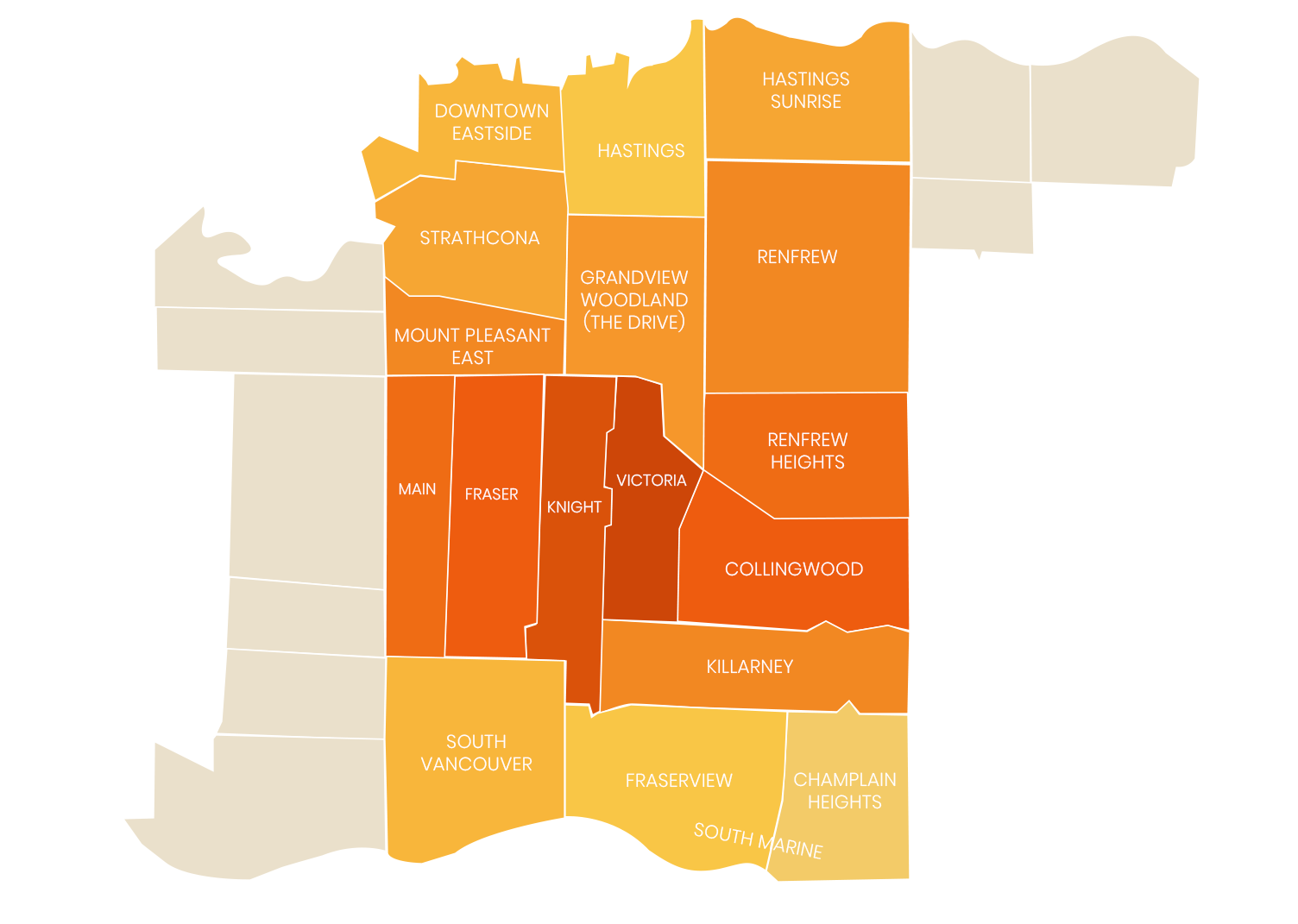 What are you looking for?

The data relating to real estate on this website comes in part from the MLS® Reciprocity program of either the Real Estate Board of Greater Vancouver (REBGV), the Fraser Valley Real Estate Board (FVREB) or the Chilliwack and District Real Estate Board (CADREB). Real estate listings held by participating real estate firms are marked with the MLS® logo and detailed information about the listing includes the name of the listing agent. This representation is based in whole or part on data generated by either the REBGV, the FVREB or the CADREB which assumes no responsibility for its accuracy. The materials contained on this page may not be reproduced without the express written consent of either the REBGV, the FVREB or the CADREB.